Super Star mare HEAVENS TREND concluded her racing career on a high by winning the 4YO mares Australian Breeders Crown. She is now enjoying her retirement roaming the hills at DURHAM PARK, happily in foal to BETTORS DELIGHT. HEAVENS TREND started 35 times for 21 wins and 5 places, accumulating $385,683 in prize money. She will probably be best remembered for her Group 1, NSW Breeders Challenge win as a 2YO, clocking 1:52.1 in the semi final, and 1:52.6 in the final. Her semi final time not only smashed the Australasian record for 2YO’s, including colts, but also broke the previous best time ever set by a 3YO filly. 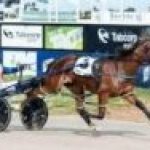 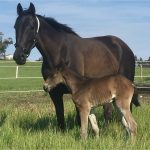