Australian 3YO filly of the year, PETACULAR, suffered a freak paddock accident on November 25 and was euthanized. By SOMEBEACHSOMEWHERE out of imported WESTERN IDEAL mare IDEAL PRIORITY, PETACULAR started 26 times for 19 wins and 7 places. Her wins included the 2016 VICBRED Super Series foe 2YO fillies, and the 2017 BREEDERS CROWN final for 3YO fillies. She will also be remembered for her 4 brave seconds in Group 1 finals, including the NSW and VIC Oaks. During her racing career, PETACULAR won $454,083. At his request, PETACULAR was laid to rest at the property of trainer Michael Stanley, who had developed a very special bond with the mare during her career. 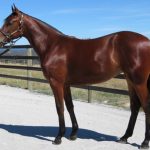 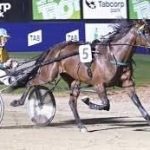